(Readers: Please note this blog is constructed as a story. While not all chapters are linked, I think the story will be more meaningful by starting at the beginning.)

Jordan: “Guru. Thanks for stopping by again.”

Jordan: “Let’s pick up where we left off. The challenge was how to keep a house tight over a 100-year life. You were going to present ideas how to avoid the creaks and moans that creep into a house.”

Jordan: “OK and then what?”

Guru: “You know when you drive over a bridge – George Washington Bridge over the Hudson or the Verrazano Bridge – there are big bolts that hold the beams together. Think of those bolts but on a smaller size.” 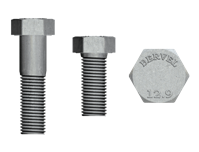 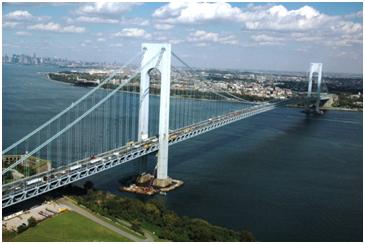 Jordan: “So I pull off the panel and tighten the bolts?”

Guru: “Yes, tighten say every 4-5 years and you will avoid the creaks and moans you often get in an older house.”

Jordan: “Interesting idea but doesn’t that mean the support beams are metal instead of wood?”

Guru: “Steel is my preference. In this country we started building houses out of wood because there lots of trees were readily available. Woods has some real benefits but some drawbacks as well.”

Jordan: “Back to my auto days – the early cars had frames made of wood. As the industry migrated to higher volumes it also began using steel for frames. Steel held tolerances and made assembly lines more productive.”

Guru: “And the steel frames last much longer, whether in cars or in a house. No worry about termites and other critters. The goal is have that house still be up to date in the 100th year. To do so we need steel frames.”

Jordan: “But haven’t steel houses been tried before? We looked at a house in Michigan made with steel framing. Liked the house but concerned about how we would make modifications.”

Guru: “US Steel helped build some houses — in the late 1930’s I think, probably including the one you looked at in Michigan. I agree those designs were rigid – no pun intended. The new designs keep the benefits of steel and incorporate flexibility.”

Jordan: “Why are we continuing to use wood for beams in houses? Aren’t the frames of commercial buildings steel?”

Guru: “Wood made a lot of sense in colonial times and settling the west. But wood makes less sense today. In fact I think wood framing hinders innovation in housing, not helps it. But, hey, I’m just an architect and sometimes builder so what do I know?”

Guru: “Absolutely. And protecting against floods can be relatively simple.”

Guru: “Think about building a house on stilts. Inside the stilts are worm screws. The normal position would be house at ground level and look like virtually every other house. When there is threat of a flood, activate the worm screws and the house rises say 6-8′, which should avoid damage from most floods.” 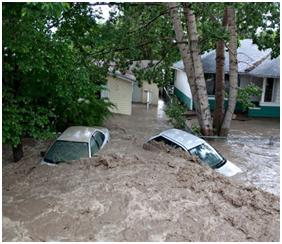 Jordan: “Another brilliant idea, Guru. One more thing about these new houses of yours – what is the source for utilities?”

Guru: “We…society we…have a chance to overcome a lot of problems with today’s infrastructure used for delivering clean water and electricity. Like framing houses out of wood, what made sense 100-150 years ago does not necessarily make sense today.”

Jordan: “Give me some examples.”

Guru: “Look, you know more about this stuff than I do.”

Jordan: “I know the systems but I do not have an architect’s perspective. You talk first about how the systems can be integrated and then I’ll talk about system components.”

Guru: “OK. Manufactured housing allows houses to be installed as single units or in clusters. A major inhibitor to innovative grouping of houses has been the requirement to use the existing infrastructure for electricity, clean water and sewage treatment.”

Jordan: “Why an inhibitor?”

Guru: “Electricity is generated at a large plant, and then sent out over wires to users often many miles away from the generating plant. The cost of delivering is high – lots of poles and wires and a good portion of the electricity lost along the way. Not really lost but…you know what I mean.”

Jordan: “The resistance of the metal wires creates heat. Centralized power plants made a lot of sense at first. Homes had no electricity and there was no way to produce electricity cheaply except at these large plants.”

Guru: “Same concept with water treatment and sewer. Large plants serving many residential and commercial locations. Very costly infrastructure – underground pipes to the customer. Made sense when it started because no way to treat sewage at the house in the urban environment. But that, too, was 150 years ago.”

Jordan: “Been around a bit longer—at least 2,500 years. The Romans used the same concept to deliver water and take away sewage. Some of the aqueducts are still in use today. I think it might be time for a change.”

Jordan: “Plus, repairing the existing infrastructure is very expensive and disruptive. Even a small repair can affect a large number of people. Seems to me we have the tail wagging the dog when it comes to innovation. If you had a chance to make a change, what’s a good application?”

Guru: “We really need to cluster homes. Could be a greenfield project. However, my preference is installing in a city where the infrastructure needs repairing or updating and new housing is needed.

Jordan: “Any idea where?”

Guru: “How about Detroit? Lots of other examples but I know you spent a lot of time in Detroit.”

Jordan: “Detroit is perfect. Lots of open spaces in the city and an infrastructure that needs repair. How would the project work?”

Guru: “Take a couple of block area that is vacant. Look at the land and decide the best way to position the houses. Might be all in a row or might be some type of clustering with a central building. Lots of options.”

Guru: “Once we have the general layout, then decide the best method to provide electricity, clean water and sewage treatment to that cluster.”

Jordan: “Are you talking about one type of system.”

Guru: “No, likely some combination. But systems should be commercially available off the shelf. Electricity could be a combination of solar and thermal, which could convert heat from driveways and roof shingles into electricity. Maybe a small vertical wind generator in addition to the solar. This is really your bailiwick.”

Jordan: “Keep going. What about water and sewage?”

Guru: “Use that system you designed for treating hog waste. As I understand you can fuel the system with diesel, natural gas or even biomass, like leaves, grass and some refuse. Doesn’t the system purify water and generate electricity? And even process waste?”

Jordan: “Yes it does. The system can be scaled for 3-4 houses all the way up to say 30-40 houses. You still need some infrastructure to deliver electricity and clean water and process sewage but it is cheap compared to the current infrastructure.”

Guru: “What about waterless toilets and the new ways of treating sewage?”

Jordan: “That’s one of the benefits of the design. As more efficient approaches come along, it is easy to make the transition. With the current approach — electricity, water, sewage — once the delivery infrastructure is installed, the community is stuck with the approach…and any mistakes…for 100-150 years. Very expensive to make changes. And some of the infrastructure might be useless.”

Guru: “How do we get the idea from paper to production? You can tell I love this stuff. I want to make it happen — and not just in Detroit. This approach can work throughout the Unites States, Europe…worldwide.”

Jordan: “Guru, you have me excited, too. Can you head up the project to begin rebuilding some key cities with potential to support more manufacturing?”

(More in future installments re innovative housing, micro-infrastructure and manufacturing.)