(Readers: Please note the blog about the 5th revolution in the US is constructed as a story. While not all chapters are linked, I think the story will be more meaningful by starting at the beginning.)

Scene: Jordan and Technology Man having coffee and bagels.

Jordan: “Technology Man, are you in between black-hole projects for the military?” 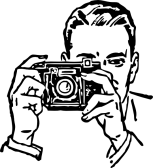 TechMan: “Jordan, you know I can’t tell you anything about what I do.”

Jordan: “I know. But from what little I know you’ve been involved in some really interesting projects — stealth fighters, drones, weird electronics, and who knows what else.  Plus, the other fun things that you do — like photography.”

TechMan: “OK, Jordan. Now tell me, why are we having coffee beyond just catching up?”

Jordan: “Why would think I had something in mind?”

Jordan: “Just a simple question for you.”

TM: “Simple questions are a rarity from you.”

Jordan: “I need to get your ideas on establishing a national policy for solar energy. Solar seems great. Clean source of energy. Solar is everywhere, at least some of the time.”

Jordan: “The ‘so what’ is the approach the US is taking to solar. We don’t have a real policy. And the lack of a coherent policy was part of the cause of the revolution.”

Jordan: “Yes, too much reliance on coal and lots of resistance to alternative fossil fuels.”

TM: “The resistance still baffles me. The fossil-fuel energy companies have such a great opportunity to capitalize on solar and wind…and they don’t do it.”

Jordan: “When the companies do get involved, they use an antiquated approach.” 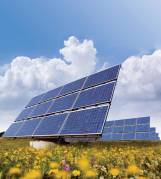 TM: “Jordan, where do you think most farms are? Farms are in the middle of nowhere.”

Jordan: “Yes, but middle of nowhere means the transportation to consumers.”

TM: “I agree the problem with solar farms in the middle of nowhere is the same – distance between the farm and the user.”

Jordan: “From what I understand, transmitting electrons over long distances is not very efficient.”

TM: “Inefficient is a better word. Not unusual for 50% of the electricity generated at a remote power plant not to make it to the user.”

Jordan: “Half lost? So what we are doing with these remote locations is doubling the size of the power plant…in this case solar farm…to compensate for the losses in transmission.”

Jordan: “What you’re describing is why current thinking about the best way to use solar and probably wind seems to be back asswards.”

TM: “Many of the plans for solar and wind have been developed by the same folks who wanted coal plants in remote locations so residents wouldn’t complain about emissions…and coal ash ponds.”

Jordan: “Alright, so what should the policy be for solar? We have a chance to make some changes.”

TM: “The most cost-effective approach, I think, is to install solar on all rooftops, whether residential or commercial buildings. And some locations are encouraging that.”

Jordan: “Solar on roofs is adequate to handle all electricity needs?”

TM: “Not until solar gets more efficient. But installing the panels cuts way back on the need for new power plants and likely eliminates the need for some older, coal-fired plants.”

Jordan: “What else would you do?”

TM: “Start storing electricity generated by solar. Right now electricity from solar is either consumed at the site or pushed onto the grid. But the problem is the mismatch of generation and demand. We need to store surplus electrons for use later.”

Jordan: “You talking about storing in batteries? Isn’t that very expensive?”

TM: “Speaking of batteries. I need to recharge mine with another cup of coffee.”