Scene: Jordan and POTUS continue conversation about rebuilding US manufacturing and the middle class. Series starts #177; conversation with POTUS, #179.

Scene: Jordan is at home in Charlotte.

POTUS: “Yes, you may help. This is POTUS. But Jordan, drop the formality. Relax.

Jordan: “How’d you know I was here, Mr. President?”

POTUS: “You know better than to ask that kind of question. How’s the recovery coming?”

Jordan: “Recovery coming along OK. Getting better each day.”

POTUS: “I didn’t know you had an issue. What hanged your mind and why surgery?”

Jordan: “The short version is long-time GP has been monitoring my PSA readings,

which have been creeping up over the past several years. About 15 months ago he suggested I see a urologist.”

POTUS: “Higher PSA levels seems to be a problem for a lot of older guys…like you.”

Jordan: “And, you Mr. President, will probably have the same problem.”

POTUS: “I know. Being a big dog doesn’t make one immune from health problems. And we all get older. More details about what happened, please.”

Jordan: “I had biopsy 14-15 months ago and another late last year. After reviewing results from the second biopsy, which were still reasonably good, doctor recommended

POTUS: “Why surgery versus some other treatment? Surgery seems so radical.”

Jordan: “Considered five primary data points. Following is my analysis, not the urologist’s, although I think he would agree with the general statements. For other people, the recommendation might be different.”

Jordan: “#1 consideration – to what extent was the cancer concentrated in the prostate or nearby. By removing the prostate, most if not all the cancer would be 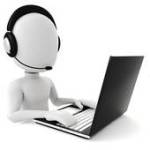 removed. #2, if follow-on treatment required, what options are available with each treatment? Some treatments leave few or even no options for follow-on. #3, what is the likelihood of negative effects following surgery? #4, what is the overall health of the patient. #5, what is the age of the patient? If I were much older and had other health problems, surgery might not be the best option, or even an option. But I’m relatively young and healthy so I needed a treatment that reduced the likelihood that prostate cancer would become a primary issue. If you consider all those factors, surgery seemed best for me. ”

POTUS: “OK but surgery’s been around a long time. I’ve heard some horror stories. Is there something different now versus say 5-10 years ago?”

Jordan: “Micro-surgery using robots. With the robots, really semi-robots since the surgeon still controls the movements, the precision is greatly enhanced and size of incisions reduced.”

POTUS: “Just out of curiosity, was the equipment made in the US?” 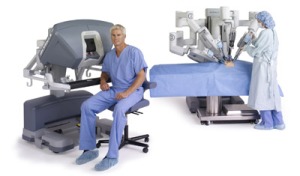 Jordan: “Forgot to ask. The brand name is diVinci. The diVinci system is a great example how technology can improve people’s quality of life and extend expected lifespan. The product would be a good example to include in your speeches about the importance of and benefits of US manufacturing.”

POTUS: “Are you OK if I mention your experience?”

Jordan: “You know I’m uncomfortable about personal acknowledgement. But, if citing a real person in the story, and one that you know, helps build credibility, go ahead. Lots of guys face the prostate problem and they should know diVinci is not your father’s surgery.”

POTUS: “Thanks for agreeing. There’s lot of areas where technology and manufacturing can help the medical community and patients. This will be a great example.”

Jordan: “”If you’ve got a few more minutes, I’ll tell you a couple of funny stories connected with the surgery.”

POTUS: “I’m all ears. Been a rough day and I need some humor.”

Jordan: “At discharge the nurse is running through her list of ‘do’s’ and ‘don’ts.” Part way through, she says “no sex.” At this point I break out laughing and ask her how I’m

supposed to have sex when there’s a catheter inserted you know where.”

POTUS: “That’s funny. Sounds like a good skit for Saturday Night Live. You got another one?”

Jordan: “With this micro-surgery, some air is inserted in the body cavity to provide more space to operate.”

Jordan: “I think the excess air in post=op was more painful that the incisions. Anyway the goal is to expel as much of the remaining gas as quickly as possible but without any undue strain. They don’t want you to press so hard you’ll damage the stitches and cause more bleeding. So you have to let the air work itself out.”

POTUS: “How long’s that take?”

Jordan: “I made no progress until later in the 3rd day.”

POTUS: “Progress being what?”

Jordan: “In the 50+ years I’ve known my wife, I don’t think she’s every complimented me on ripping one off.”

POTUS: “She complimented you? Wow, I need to remember that. What day was that…?

Jordan: “We started to laugh.”

POTUS: “Doesn’t laughing hurt where the incisions are?”

Jordan: “Hurts big time, but it was worth it. By the way, she’s been a real trooper, especially

about emptying ‘the bag.’ She deserves the Clara Barton Home Nurse Award.”

POTUS: “Glad you are in good hands. Tell her I said hello. Also glad you are on the mend. Let’s chat more soon. We need to continue to discuss how to rebuild US manufacturing and the middle class. But when you’re ready.”

Jordan: “Thanks for calling, Mr. President.”