Scene: Jordan still home recovering from surgery. He anticipates returning to Washington soon. He’s drafting a note as follow-up to a request from POTUS.  Series starts #177; conversation with POTUS, #179.

Jordan (thinking out loud): “Maybe I should send POTUS an email with the basic tenants of the plan. That way he can review it and forward to others for review.”

To: POTUS@wh.gov, Subject: Ideas to Reconfigure US Manufacturing to be “Smart.”

Mr. President: this note outlines the framework of a plan to help reconfigure US manufacturing and infrastructure to be “smart.”  Being smarter will help US manufacturing become more  competitive and help restore the middle class.

The program is also designed to be fair to US trading partners while recognizing this country needs to rebuild wealth generation capability.  The “working name” for the program is “ACT FAIRLY.”  One of your speech writers can come up with a sexier name.  My preference is “Get Smart” but could not make the acronym work.

The acronym FAIRLY stands for: 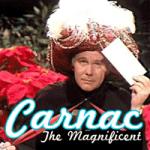 The proposed program is admittedly more of a vision than a detailed plan. Think of yourself as the Great Carnac.  However, I do believe this type program needs a clear vision that is easily understood and one that can guide activities at multiple levels.

I like the an acronym like “FAIRLY” because the country has been so divided economically and socially. While each person might have a different view of how to “act fairly,” I think the outer boundaries of “fair behavior” are likely much closer together than if no reference points are set.  We need to mesh the combination of “fairly” and “smart.”

The following paragraphs provide a bit more detail. No doubt you will want to tweak for your own style. Thought this might be a good starting point.

F — Favor US Manufactured Goods. To me the Federal government and state governments should lead the way toward buying US-manufactured goods. One issue is

the minimum level of “local content” to qualify for labeling as “US Manufactured.” My suggestion is 75.0% of the wholesale cost must be US content. The content can be raw material or labor or some combination. What cannot be labeled as “US Manufactured” is a product where most of the work is completed outside the US with only final assembly in the US. Final assembly creates little value add and does not create many higher-paying jobs.

Allow Foreign Companies in US. The 75.0% local content requirement still allows foreign companies to have a major US presence. However, the foreign share of any key US market should not exceed 25.0%. For example, virtually all the electronics sold in the US are manufactured outside the US. My question is ‘why?’ when the labor content of electronics is such a low percentage of total cost. If the foreign companies want to work with a US partner, OK, as long as local content is at least 75.0% of the wholesale cost.

The US is a huge market and 25.0% represents a very attractive opportunity for most companies. 25.0% of the US market is greater than 100.0% of most other countries. In addition, foreign companies can partner with US companies and be part of a “US Manufactured” product.

Rebuild US Factories and Retrain Workers. As we’ve discussed, much of what is labeled in this country as “economic development” is really a wealth transfer from the public sector to a small group in the private sector. The ACT FAIRLY program needs to

point out the cost penalties (i) associated with US-based companies relocating within the US; (ii) building greenfield facilities; and  (iii)abandoning existing facilities in another location. I think ACT FAIRLY should ban incentives for any intra-US relocation. ACT FAIRLY should also include payment to the existing host city for companies that relocate.

Re-educating workers is critical also. People are smarter and more willing to learn than we…societal we…give them credit for. If someone is offered a retraining opportunity and turns it down, then go to the next person in line. There are many people looking to improve their economic standing.

The retraining needs to include providing more access to classes in “skilled trades,” especially for high school students. College sounds glamorous but not everyone is suited for college nor interested in college. Besides “skilled trades” does not mean the person is not smart or well-educated.

One of my “heroes” is Tom Silva on This Old House. Tom is an absolute master at solving complex problems using basic math in a very practical way. What’s his formal education? As I recall his profile on the TOH website, Tom graduated high school but did not attend college.

Legislation. While you might be able to issue an Executive Order to mandate the Federal government buys only goods with 75.0% US content, doing so would create

another firestorm of charges of “overreach” and “dictator.” Provide the vision and the framework for the idea, then put the pressure on Congress to pass legislation. Some will squawk but the pressure from constituents will be considerable. People expressed their great frustration by initiating the Revenge Revolution. ACT FAIRLY is an excellent, low-risk opportunity for the House and Senate to start acting like adults.

You – Personal Responsibility. Using the bully pulpit I think you can begin to have

people look in the mirror and then begin changing their minds about why they should buy US-made products. Some companies will claim costs of US products will be higher and therefore not competitive,  However, when people start buying products that qualify as “US Manufactured” then the naysayer companies will begin changing. Same with government. People will begin to demand taxpayer dollars are spent on US-manufactured products and not products manufactured elsewhere.

Summary. Obviously the proposed program needs more discussion and analysis…and name tweaking. However, I caution those who might get involved not to get caught up in paralysis from analysis. Or, as my mother-in-law told her daughters when they were growing up, “Don’t get your panties in a wad.”

The ACT FAIRLY concept is sound and can be implemented. As POTUS you have a great opportunity to lead the transition from the Revenge Revolution to a more dynamic country and fair society. People want a change.

I’m available if you want to chat. Should be back in Washington in a couple of weeks. Thanks for the opportunity to present my ideas.