Note: most entries are formatted as conversations.  Characters appear in a number of entries, with many entries building on previous conversations.  Profile of characters (see link at top of page).  You’ll catch on quickly.  Thanks for your time and interest…and comments.

Greenie: “Jordan, while Gelly and I were getting coffee did you get ahold of Rock Man and Two Dogs?”

Jordan: “Left messages for both of them. I’ll talk to them later. Let’s get started.”

Gelly: “May I stay for the conversation, please? Sounds as if it could be interesting.”

Jordan: “Of course. I assumed you were going to stay. Your perspective is always valuable. And, as if you need a reminder, feel free to jump in the conversation any time.”

Greenie: “OK, so now we need to figure out…or at least discuss…if there is any validity to the assumption that long-term culture could affect current behavior of different nationalities or ethnic groups?  And, if so, how and to what degree?  Right, so far?”

Greenie:  “Then we asked, ‘For any ethnic group or nationality in the US, how much of the culture should melt in the US melting pot and how much of the culture should remain…un-melted as it were?’ Getting some idea of how much should melt might help us understand what affect long-term culture might have had on the Revenge Revolution…and how US society might address culture-related issues in the future.”

Gelly: “Before the coffee break youse guys decided to do a quick study on three groups…blacks, Native Americans and Jews, and starting with Jews.”

Jordan: “Your mimicking of ‘youse guys’ was pretty good. Yes, we agreed to start the analysis with Jews, which somehow seems appropriate since we just finished the High Holidays.”

Gelly: “Seems to me a specific question or two might help get the conversation started. So, here goes.  An issue that often comes up when talking about Jews, ‘What is it about the culture of Jews that seems to push for so much education? Why does it seem the vast majority of Jews have college degrees…and a very high percentage have advanced degrees? What about the culture would make that happen?”

Greenie: “Good way to get started, Gelly. I think the answer involves two factors. The first is Judaism promotes education throughout life. And some pretty intense education starts at an early age.  By the time you’re a 12-13 year-old, you’re learning all kinds of things preparing for a bar or bat mitzvah. And these kids are required to lead part of the Shabbat service, including reading a bunch of Hebrew…which is not major language these days outside of Israel.”

Jordan: “Point well taken, Greenie. Lots of pressure at an early age to learn something that’s very difficult for many. The experience begins to build a foundation for a willingness to try to learn difficult subjects through one’s formal education…and for many, a lifetime of learning.”

Gelly: “What was the second reason?”

Gelly: “That’s a good story. Now, help me understand the link between those examples and how long-term culture might affect current behavior? In the Torah there are lots of examples of Jews as shepherds and some examples as skilled trades. Where’s the link from those old-culture jobs to the attitude today of life-long education?”

Jordan: “In virtually every service at the temple, there is a reminder to congregants that Jews were once slaves in Egypt. While not discussed in services, just a few generations ago, whether Jews were in the ‘old country’ or in the US as immigrants, many were slaves to lower-paying jobs.” 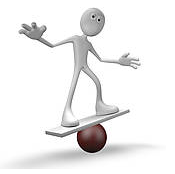 Gelly: “That’s interesting. So, if I interpret you correctly, understanding how to break away from adverse circumstances without completely throwing out the old culture is a key lesson.  In a way the lesson is a balancing act — in the US understanding what part of the culture should melt into the melting pot and what should not melt. Being able to create such a balance might be a key lesson for other groups – blacks, Native Americans, etc.”

Jordan: “Let’s hold that thought and match it against what information comes out of the conversations with Rock Man and, as you guys keep saying, Two Dogs.”

Greenie: When you talk to them, could you please remind each of them we are only in the data-gathering phase?  Let them know we are trying to determine if our assumption has any validity.  If it does, we’ll need more guidance from them and help from some of their contacts.  I just don’t want them to think the call is the end of the study.  It’s just the beginning.”

Jordan:  “Yes, I’ll be very clear with them.  Thanks for the reminder.”