Note: most entries are formatted as conversations.  Characters appear in a number of entries, with many entries building on previous conversations.  Profile of characters (see link at top of page).  You’ll catch on quickly.  Thanks for your time and interest…and comments.

Jordan:  “Alright, guys, have my coffee refilled so let’s get back to the topic at hand.”

Greenie:  “Well, Jordan, you have two friends…maybe more…who pledged loyalty to Trump regardless of the situation.  They stuck with him even after he was taken out.  Are these two the norm or outliers?”

JC:  “My guess is they’re not outliers.  Maybe outliers for Jordan’s friends but not among Republicans.”

Jordan:  “What makes you believe that?”

JC:  “How many Republicans supported your idol, Judge Roy Moore?”

Greenie:  “Hardly Jordan’s idol.  But what group makes you think these guys were not outliers?”

“Evangelicals.  Moore was a pedophile and…”

Jordan:  “…Pardon me, an alleged pedophile at the time of the special election…”

JC:  “…alleged, smedged, the guy was a pedophile, which is about the worst behavior possible whether you’re an evangelical or not.  So what do evangelicals do?”

Greenie:  “Support Moore, and so did Trump.”

JC:  “Why would evangelicals make such a bizarre choice?”

Greenie:  “Because they pledged the Trump-is-king fraternity/sorority.  Do whatever Trump wanted.  And, with Moore, Trump wanted a sure vote for his tax cut for the rich…and more importantly, a tax gift for himself.  The tax proposal failed in the end but so did a lot of Trump’s programs.”

Jordan:  “Maybe there’s a different angle.  What about the evangelical’s concern over Roe v. Wade?  Didn’t evangelicals want Moore for the senate seat to ensure a conservative judge for SCOTUS?” 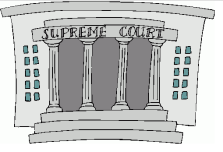 Greenie:  “Here’s the flaw in that argument.  The decision in Roe v. Wade has never forced any woman to get an abortion, period.   If you cut through all the phony arguments about Roe v. Wade, the only conclusion is that evangelicals want to cram their religious beliefs down everyone’s throat.  The same is true for most of their other constitutional claims.”

Jordan:  “Whoa, Bubbette, aren’t you being a bit harsh?  Forcing their beliefs down everyone’s throat?”

Greenie:  “No, I’m not being harsh.  Evangelicals captured a substantial portion of the Republican Party.  Just analyze actions by Republicans during Trump.  I admit I still can’t understand why evangelicals supported Trump in the first place.”

Jordan:  “You mean supporting him despite all the facts about lying, cheating and the abuse of women.”

JC:  “Hardly stuff that evangelical’s support.  But evangelicals seemed to rationalize supporting Trump because, in their eyes, Bill Clinton was worse than Trump.”

Greenie:  “So, tell me old wise one, was Bill Clinton running against Trump…or was Hillary Clinton the opponent?”

JC:  “Greenie, now, now.  To be a good evangelical you must believe in alternative facts.  What you read in the New York Times and Washington Post – all lies.  You must believe in the only righteous network – Fox News…and believe, of course, in Breitbart.”

Jordan:  “C’mon guys, aren’t we getting off track?  Back to the discussion whether political parties became a defacto tribe for people, replacing tribes based on ethnic groups or culture.”

Greenie:  “Jordan, with all due respect, I think you’re wrong and we are on track.  For example, the personal behavior of Trump and Moore was the polar opposite of evangelical values.  It’s as if evangelicals did a U-turn.  Yet the vast majority of evangelicals appeared to continue to support Trump.”

Greenie:  “Point well taken.  Why was religion the overriding issue with white evangelicals and not with black evangelicals?”

Jordan:  “This might sound stupid, but is there a difference in religious beliefs between black and white evangelicals?”

JC:  “There must be something different.  Or, if there is no difference in beliefs, then the argument is stronger that political parties have become a tribe for many people.”

Greenie:  “Tell you what would be an interesting test.  Give the same list of religious-based questions to a group of evangelicals, both white and black.  The questions would be answered anonymously with the only coding being whether the respondent was white or black.  Then compare the responses.”

Jordan:  “And what do you think the differences would be?”

Greenie:  “If it were truly a blind test, the answers probably would be about the same.  However, if the questions were asked in a public forum, the answers likely would be different.”

JC:  “You’re supposing pressure from within the tribe…the tribe being the political party…would influences responses?”

Greenie:  “Think so.  Remember what Wolf Man said why so many Native Americans had a difficult time becoming successful?”

Greenie:  “Exactly.  Every time one of the members of the Indian tribe tried to become more successful, the other members pulled him or her back in the crab barrel.”

Greenie:  “Members who join the political-party tribe go along with the party leadership rather than thinking for themselves.  Joining the party provides camaraderie and takes away the pressure to think for one’s self.”

Jordan:  “Political party leaders seem to understand that party members are subject to…in the most polite terms…brainwashing.  And the leaders exploit that opportunity.”

JC:  “The brainwashing is effective until one day a bunch of brainwashees realize how bad they’ve been screwed…and voila, we have a revolution, like our very own Revenge Revolution.  Now I need a break, please.”