Scene: JC and Jordan ordering coffee at shop near Jordan’s office in Washington. 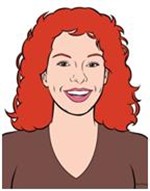 JC:  “OK, you’ve got to tell me.  Where’d the name ‘Bubbles’ come from?  You leading some kind of secret life none of us know about?”

Jordan:  “Nothing that exciting.  When I started coming here regularly, I asked them to top off the coffee…since I don’t take cream.  One day when they put on the lid, some bubbles oozed out of the drink hole and onto the lid.”

Jordan:  “That’s what I said, ‘So what?’  But apparently some customers are very picky and ask for a new lid if any bubbles ooze out.”

JC:  “So you, poking fun at those who take themselves too seriously, begin asking for bubbles, right?”

JC:  “Well, Bubbles, I think we’re going to have company.  An old friend of yours.”

Sandy:  “Your efforts to overturn the 2nd Amendment and take away all our guns.”

Sandy:  “Sure you did.  You wanted to ban the sale of all assault weapons…and even make owning one illegal.”

JC:  “Excuse me, but you please help me understand something?”

JC:  “How a ban on owning an assault weapon affecst rights under the 2nd Amendment?  I’m missing the link.”

Sandy:  “Because the ban was the first step toward a total ban on owning any weapons…and another major step toward a socialist state.”

JC:  “Sandy, let’s be serious, please.  No more NRA hype.  Remember there’s been a Revenge Revolution and the US political landscape is different now.”

Sandy:  “But you don’t understand.”

JC:  “You’re right.  I don’t understand.  The assault ban still allowed ownership of all kinds of hunting rifles, shotguns, pistols.  I’m not a hunter but why would you need an assault rifle to kill a deer?  Where’s the sport in that?  Maybe we should arm the deer.  That would make it more fun.”

Jordan:  “She’s right…well, maybe not about giving guns to the deer.  From your perspective, what was the real issue?  No civilian needs an AR-15.”

Sandy:  “Need assault rifles for protection.  That was the issue.”

Jordan:  “Protection from what?  You and I both know there’s no ad hoc civilian group, no matter how well armed, that has any chance against the military.  So really, what’s the heartache over the ban?”

Sandy:  “Well, you didn’t support protecting schools by arming teachers either.  Don’t you like kids?”

JC:  “Oh, Sandy, Sandy, please.  You don’t need to pretend to be a talking head on Fox or a politician who changes the subject and tries to blame someone else when he can’t answer the question.  What was the real issue?”

Jordan:  “Let’s take your comment about wanting to arm teachers…and even putting barricades around schools.”

Jordan:  “Tell me, what would either arming teachers or fortifying schools prevent?”

Sandy:  “Mass killings at schools.  Protecting our kids.  Why don’t you like kids?”

JC:  “He likes kids.  I need to understand what’s going to stop a shooter from hiding across the street from the school?  Or even sitting in the car and then shooting a bunch of kids when school lets out?”

Jordan:  “The shooter could also just fire a few rounds, blow out a window and then have a whole classroom of targets.”

Jordan:  “Gross, yes, but anyone with some infantry training in the military…and Sandy has more experience than I have…knows how to take out a bunch of people quickly, especially with an assault rifle.”

Sandy:  “Are you saying there’s no way to protect these school kids?”

Jordan:  “What I’m saying is a mass killing is much easier with an assault weapon.  And that’s the reason I opposed any ownership of assault weapons outside the military.”

JC:  “Oh boys.  Sandy, I think everyone agrees that the ban is not a silver bullet, as it were.  Some mass killings will continue to happen as long as there are so many guns around.”

Sandy:  “So why have a ban on owning assault weapons?”

JC:  “To help reduce the number of killings.  Here’s a comparison.  Mandating seat belts and air bags in cars and trucks didn’t eliminate some people dying in wrecks.  But as a result of the mandate, there have been far fewer deaths.  Got it?”