Scene: Jordan and Sandy, a former business colleague, are having coffee.  The discussion begins Entry #121,.  This segment is a continuation of Jordan’s description to Sandy of a conversation with the Speaker of the House and the Senate Majority Leader, which begins Entry #123

Mackey:  “Alright, I agree that the Federal debt as a percent of GDP (Gross Domestic

Product) was up less under Obama than Bush 43 but…”

Mackey:  “Jordan, please, let me finish.  The debt percentage was less under Obama because Republicans forced him to cut back on his ridiculous expenditures.”

John Boy:  “That’s right.  And Republicans deserve all the credit for the economic recovery.”

Jordan:  “I must say, you guys have real chutzpah.”

Mackey:  “Jordan, just what is chutzpah?”

Jordan:  “For the average Joe, I would say, having a set of you know what…kahunas.  But ‘chutzpah’ is Yiddish and is best described with a story.”

John Boy:  “This should be interesting, but just don’t take too long.”

Jordan:  “The short version is this.  A hoodlum kills his mother and father, then begs for forgiveness from the court because he is an orphan.  That’s chutzpah.”

Mackey:  “The kid was disingenuous to say the least.”

Jordan:  “That’s why I said you guys had chutzpah.”

Jordan:  “Look, Republicans tried to block nearly every program Obama proposed to stimulate the economy.  The Republicans mantra was ‘we need to save our way into prosperity.’  And, by the way, John Boy, how many times did the House vote to overturn the Affordable Care Act, aka Obamacare?”

Mackey:  “But Obama’s stimulus programs would have raised the debt?”

Jordan:  “True, but raised it only temporarily.  Mackey, if you’ve learned nothing else from this little session in the club house, I hope you’ve learned that one cannot save their way into prosperity.”

John Boy:  “And without consumer demand there will be no additional jobs and no additional income…maybe no income for me, or most anyone.”

Jordan:  “And no income means no tax revenue from those unemployed.” 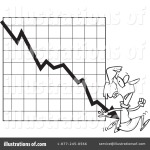 Jordan:  “If you owned a business and demand for your product was flat to down, would you hire more people?

Jordan:  “Which leaves government to get the economy started again.”

Mackey:  “If I hear you correctly, in a recession since business is not spending, government needs to spend more money.  If government cuts back also, it makes the economy worse.  Kinda creates a spiral downward.”

Mackey:  “But what about paying back the debt?”

Jordan:  “Pay it down when the economy is stronger.  Then you can raise taxes.”

Jordan:  “OK, Mr. No-Tax-Increase-Ever, what was the maximum marginal tax rate at the end of the Reagan Administration?”

Jordan:  “How ‘bout the maximum tax rate under Clinton?”

John Boy:  “Clinton got lucky.  Reagan and Bush created the environment and he benefitted.  Clinton probably raised it to 35%.  I really don’t remember.”

John Boy:  “That’s why the economy went in the tank and he didn’t get reelected.  Taxes went up.  Proves my point.”

Jordan:  “Just what is your point?”

John Boy:  “Like I said earlier, Reagan deserves all the credit for the economic recovery.”

Jordan:  “And what about all the deficits under Reagan and the voodoo economics?  And, oh yes, when was the last time there was a budget surplus?  C’mon, John Boy, take a guess.”

John Boy:  “OK, you made your point.  There was a budget surplus under Clinton, not Reagan.  We went through that a few minutes ago.”

John Boy:  “Mackey, be careful.  Jordan is setting up another one of those intellectual traps.”

Jordan:  “Look, I agree there is some point at which you would not take the $1.00.  You might reject it because of the risk involved, the amount of money you already make, the time involved…whatever.  But for most everyone except the very wealthy, would take the $1.00.  Taxes would need to be higher than 35% before they stopped seeking the extra $1.00.”

Mackey:  “Are you saying we should raise taxes?”

Jordan:  “I’m saying it is OK to raise taxes when the economy is strong, maybe even raise them a bit while the economy is starting to recover.  Then use the extra taxes to pay down the debt.  But people need to have income in order to generate tax revenue.”

John Boy:  “Jordan, why do you keep making such logical statements?”

Jordan:  “Comes with the territory.  I just wish we…collective we…would spend more time thinking through and talking through issues rather than throwing ideologue bombs at one another.”

Mackey:  “Listen, we need to get out of here.  But I want to make one final comment.  You know I can never admit to this publicly, but I very much appreciate the lessons in economics.”

(Back to the conversation with Sandy.)

Sandy:  “Wow, Jordan that was quite a story.  Have you got a few more minutes?

Have a couple of questions.”