Scene: Jordan and Sandy, a former business colleague, are having coffee.  The discussion begins Entry #121,.  This is the final segment of a series that includes Jordan’s description of a conversation with the Speaker of the House and the Senate Majority Leader, which begins Entry #123

Sandy:  “That conversation with the Speaker of the House and the Senate Majority

Leader sounds fascinating.  How often do you get private time with those guys?”

Jordan:  “First time in my career.”

Sandy:  “Maybe the three of you should play golf more often.”

Sandy:  “From what my parents tell me, Washington used to be more like what you guys did.  Sort of informal where people actually talked to one another.”

Jordan:  “Your parents are right.  Guys from both parties…it was mostly men then…used to play golf, play poker and whatever.  The families used to socialize and the kids knew one another.”

Jordan:  “Good way to put it.  Yes, they acted like real people.  And, frankly, a lot more got done in Washington then, too.”

Sandy:  “You think the Revenge Revolution will bring back the old Washington?  How can we make that happen?”

Jordan:  “Shorter political campaigns and public funding of campaigns would be a good start.”

Jordan:  “No more PAC’s.  Every candidate gets so many dollars for his or her campaign…and that’s it.  No transferring money to other candidates.  No money for personal expenses.”

Sandy:  “How would that really work?”

Jordan:  “Sandy, let’s save that conversation for another day.  Before the break you said you had a couple of questions.  What were they?”

Jordan:  “What’s the appeal of the flat tax?”

Sandy:  “Two reasons.  One, a flat tax would be much easier to calculate.  Two, and more important, everyone would then pay taxes.”

Jordan:  “I agree a flat tax would be much easier to calculate.  But when you say everyone would pay taxes, exactly what do you mean?”

Jordan:  “You mean some people don’t pay any income tax or not pay any kind of tax?”

Sandy:  “Never really thought about taxes other than income.  I guess I mean pay no income taxes.”

Jordan:  “And you think it’s not fair that some people don’t pay income taxes.  Right?”

Sandy:  “It’s not fair.  Those of us who work hard pay all the taxes.”

Jordan:  “You mean, pay all the income taxes.” 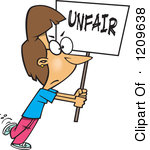 Jordan:  “What about FICA?”

Jordan:  “Yes, Social Security and Medicare.  While not a big amount, another one is excise tax?  Check your phone bill every month and see what you pay.”

Sandy:  “OK, there are lots of different taxes.  What’s your point?”

Jordan:  “If I showed you credible data that people who do not pay income tax still pay 15-20% of their income in taxes, would you stop calling these people free-loaders?” 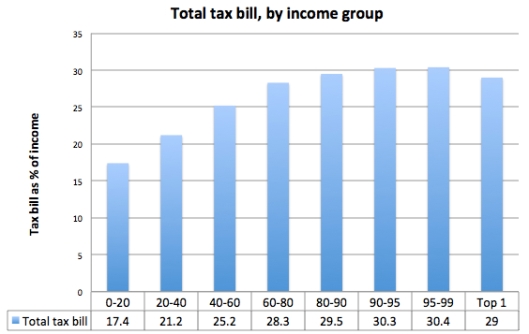 Sandy:  “I never knew this.  Why don’t people look at the tax burden this way?

Jordan:  “The same reason people don’t look at debt as a percent of GDP.  They either do not understand percentages…or more likely, the data destroys their argument.”

Sandy:  “The data makes the case for a flat tax almost moot.  While the tax burden is not flat across the board, it’s a lot flatter than I thought.  But what about the argument that higher income people pay all the taxes…and lower income people don’t?  That still seems like a fair argument.”

Sandy:  “That seems so obvious when you say it like that.” 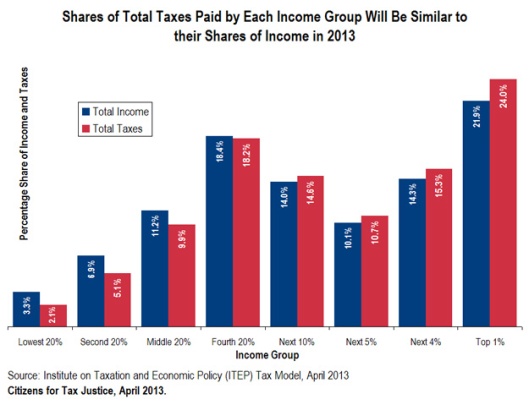 Sandy:  “Another one of those trick questions?  Put me in the highest income group any day.  I’ll gladly pay a little more tax.”

Jordan:  “Feel better that the tax burden is spread evenly among all groups?  Think we need a flat tax?”

Jordan:  “Welcome to Washington, the land where objective and fair arguments have been gobbled up by self-interest and greed.”