Scene: Continuation of conversation between Jordan and JC, a long-time friend.  Conversation started as deciding on a simple, understandable theme for government policies following Revenge Revolution.  Jordan and JC agreed to a one-day deadline to complete the work.  When finished, Jordan would schedule a review with POTUS.  Conversation begins Entry #131.

JC and Jordan concluded the standard measure for future government policies should be ‘treat thy neighbor as thyself.’  They also agreed to assess whether the standard is appropriate for corporate policy.  Disney was the first case.  GM the second case.”

Jordan:  “Now that we’ve given Disney the one-fingered salute…and put GM on double-secret probation…let’s address another corporate behavior that I do not understand.  Location of call centers.”

JC: “…Why do these companies locate call centers in outside the United States?  Like the Philippines, Pakistan and India.  Why?”

Jordan:  “You know why.  Cost savings.  But do they really understand the impact on customers of foreign-based call centers?”

JC:  “Obviously you’ve called one of these places.  What was your experience?”

Jordan:  “That’s pretty strong but not often.  But from the company’s thinking, locating outside the US saves boatloads of money.”

JC:  “I thought we reached the opposite conclusion for Disney.”

Jordan:  “We did.  But the bean counters inside the companies seem to have the upper hand?”

JC:  “I understand there is nothing wrong with saving money.  But when you piss-off…excuse me, alienate customers, what real money do you save?”

Jordan:  “Well, lots of companies are locating these call centers outside the States so they must think it makes sense.”

JC:  “Let’s just think about the decision in the context of our standard measure for decisions, ‘treat thy neighbor as thyself’.”

JC:  “First…and probably the biggest problem is differences in cultures.”

Jordan:  “In all fairness to the companies, the call centers are located in English-speaking countries.”

JC:  “Jordan, you’ve travelled outside the States a lot.  Outside of Canada, England is about as close to the US as it gets.”

JC:  “Turn the situation around.  Do you understand the all cultural nuances when you are in say London or the Lake District?” 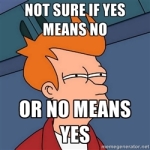 Jordan:  “No.  I can’t even figure out some of the Southern culture in the US.  Like when ‘yes’ really means ‘no’ because they think they are being polite.  Just tell me ‘no’.  I’m not smart enough to figure it out.”

Jordan:  “So if I can’t figure out some of the southernisms…whatever you call them…why should someone in say the Philippines understand the US culture?”

JC:  “I’m not blaming the person in the overseas call center.  Not their fault.”

Jordan:  “Agreed.  The person is looking for a job and probably trying their best.”

JC:  “The problem lies with the US companies who decided to move the call centers overseas.  Same question as before.  How much can they really save?”

Jordan:  “Probably not much, if anything, when all costs are included.”

JC:  “You mean like costs…or lost profits…because people are so angry at not getting help they quit buying the product.”

Jordan:  “That’s exactly what I mean.”

JC:  “So we ought to ask the CEO and his or her munchkins if they have ever used the call center to fix a problem.”

Jordan:  “You know the answer.”

JC:  “The answer is never.  One of the munchkins gets the problem fixed so the big dog CEO doesn’t have to waste precious time dealing with ‘those type people’.”

Jordan:  “I’ll give you a perfect example.  Here’s the scene: Detroit Metro airport.  Flight to Washington Reagan cancelled.  With the announcement the flight was cancelled, I immediately take out my OAG (Official Airline Guide) – this was pre-smart-phone era – and find a flight to Dulles that leaves in about 30 minutes.”

Jordan:  “Also in the waiting area is recently retired chairman of major company whom I met during my GM

days.  He has the deer-in-headlights look so I grab him and walk him to the gate for Dulles.  We both get on.  While he had lots of miles flying, it had been on a company plane or accompanied by a corporate munchkin.  Now that he’s on his own he has no idea how the system works.”

Jordan:  “Very.  He was a gracious and polite man.”

Jordan:  “So lesson here is we need…”

JC:  “Let public opinion sway company decisions.  It worked quickly for same-sex marriage and getting the Confederate battle flag out of many places.”

JC:  “Then have POTUS push an emotional button, like ‘treat thy neighbor as thyself,’ and make the call centers an example.  Put call centers under the bigger umbrella.”

Jordan:  “Good idea.  The decision where to house call centers and many other business decisions are not really ones government should make.  But raising the question is fair game.”

JC:  “Will be interesting to see the reaction of the companies and the public…and what companies will get it and lead the change.  What’s the next topic?”