JC and Jordan concluded the standard measure for future government policies should be ‘treat thy neighbor as thyself.’  They also agreed to assess whether the standard is

appropriate for corporate policy.  This segment is continuation of Entry #139.

Jordan: “OK. Obviously the two issues are not discreet. There’s a lot of overlap.”

JC: “Agreed. But we need to start somewhere.”

Jordan: “Whatever we propose as a solution, we still have a problem in getting laws changed. Ok swami, what’s the most effective way to get Congress to change?”

JC: “Aside from donating more money to someone’s campaign? I know, that was a bad joke…sorry.”

Jordan: “Why be sorry over the truth?”

JC: “Really, the most effective way to get Congress to change is simple…public opinion.”

Jordan: “I would agree that’s true for all but say gun control.”

Jordan: “Here we are post Revenge Revolution. Old and new members of Congress know the public wants change…but they’re not sure what changes to make.”

JC: “Well, now we can lead by the hand members of the House and Senate and, yikes, make it look as if they’ve been thinking. What a concept. A Congressional rep who thinks. In all seriousness, let’s give them a practical solution to the water problem.”

Jordan: “A solution such as…”

JC: “A solution based on the standard for policy, ‘treat thy neighbor as thyself.”

Jordan: “You need to be more specific.” 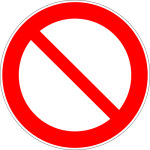 JC: “OK. Then let’s start restricting, or even banning non-productive and really unfair practices that consume excessive amounts of water.”

Jordan: “Here’s what I thought of when you said that. You know the development we live in Charlotte…”

JC: “Same name as some brand of scotch. I’ve forgotten the name but it doesn’t matter. What’s your point?”

Jordan: “So much of each lot must be lawn, either fescue or Bermuda grass. And, of course, in the summer the lawn has to look pretty so it must be watered regularly. You know how much water that takes?”

JC: “That’s stupid. But not as stupid as some housing developments in Arizona and California with green grass. Drive through Beverly Hills some time. I mean, folks southern California and Arizona are a desert. Grass does not grow naturally in a desert.”

Jordan: “You suggesting we ban grass in certain geographic areas?”

JC: “Yes…and a bunch of the prima donnas will scream. I think we should ban any landscaping that is not made up of indigenous plants. Cactus…Miss Watkins would insist on saying ‘cacti’… grows in the desert, not in the southeast US. What grows in Michigan for sure doesn’t grow on its own in southern California. Are you folks living in La Jolla listening? You do not have a right to waste water just because you’re rich.”

Jordan: “The home owners associations (HOA) control the landscaping requirements in many areas. The homeowner needs to follow the guidelines or face a fine or worse.”

JC: “Well, then, get POTUS to craft an Executive Order or Congress to pass a bill that limits HOA restrictions on landscaping to all but indigenous plants.”

Jordan: “That kind of ban might actually work. The homeowner still has flexibility to landscape many different ways. Just that you need to use indigenous plants. It’s really no different from saying you need insurance to drive a car. Pick your car and pick your insurance company.”

JC: “Now, you have the idea. Minimize intrusion on rights but manage the bigger problem – distribution of water.”

Jordan: “What about rights to use water?”

Jordan: “Same with alfalfa. Seems that we need to ban certain crops in certain locations.”

JC: “Here’s where the problems of use and distribution interact. We should let farmers grow crops based on available water. Not water pumped from some far off river. Not water drawn from some aquifer. Farmers need to use water that’s available.”

JC: “My answer? TFB. We…collective we…have a huge problem with water. Everyone needs to put on their big-boy pants and help solve the problem.”

Jordan: “‘Both. Put on your big-boy pants and let’s come up with a solution that is fair. That meets the standard, ‘treat thy neighbor as thyself.’ People need to understand solving the water issue is going to cause some economic

disruption and some change. But you know what? TFB. I agree let’s take a break.”

JC: “Jordan, I think we have enough material now for POTUS. Why don’t you take some time, draft the outline of a speech and then review with POTUS? If we need to meet afterwards I’ll be available.”

Jordan: “OK, I’ll work on the remarks. Thanks much for the help.”