First-time readers, this blog is set in the future (sometime after the year 2020).  Each entry assumes there has been a 5th revolution in the US — the Revenge Revolution.  More about Revenge Revolution and author, Entry #1.  List and general description of entries to date.

Scene: JC, Greenie, and Jordan sitting outside at a restaurant near Jordan’s office.

Greenie: “Here’s to our good health.”

JC: “May the year ahead be filled with happiness.”

Jordan: “May we all live in peace.” (All raise glasses in a toast.)

Greenie: “I’d love to live in peace but I can’t imagine it ever happening. We all seem so uncivilized. Will we ever change?  Terrorists are horrible.  But look at people in Washington.”

Jordan: “I think Washington after the Revenge Revolution will get better but I hear you.”

JC: “On a lighter note, you know what popped into my mind when you asked ‘Will we ever change?'”

Jordan: “Back to the future?”

Greenie: “That movie was hilarious. There are two scenes I remember the most. The first is when he learns that eating foods with lots of fat and cholesterol are not bad for you, good for you. And the second was…”

Jordan: “Let me guess. The second was the orgasmatron.”

JC: “I could use an orgasmatron right now.”

Greenie: “Now, JC, be careful. We don’t want to hear about your sex life.”

JC: “There isn’t any sex life. That’s why I could use the orgasmatron.”

Jordan: “Guys, let’s change the topic, but only slightly. Take a look up at the stars. What comes to mind?”

Greenie: “Gorgeous evening, good friends, good wine. And who knows what’s really out there. Look at all those stars.”

JC: “Billions and billions, as Carl Sagan said. And how far away are they? A million light years or something?”

Jordan: “OK, take a million years. How old is the earth?”

Jordan: “Call it 5 billion just to be safe. What percent is one million of five billion?”

JC: “Where are you headed with this question? Another math game? But one million is 0.2% of five billion.”

Jordan: “In other words, barely enough to register. If we equated the 0.2% to a calendar year, it would still be New Year’s Day and still in the afternoon.

Greenie: “I’m confused. Where is this conversation going? Or trying to go anyway?” 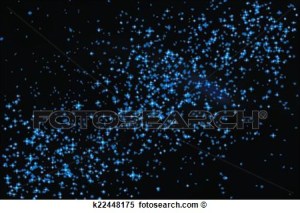 Jordan: “Greenie, you said people are too uncivilized in order to have world peace. I agree…but what if it were one million years from now? Or…”

JC: “…what if one of those planets out there has life like earth. But life on that planet started one million years before earth?”

JC: “Do you guys think there could be life on another planet…you know, life as we know it?”

Greenie: “What are the chances?”

Jordan: “You both had statistics, right?”

Greenie: “Me, too. Just a basic stats course.”

Jordan: “You’ve had enough statistics to make a good guess. Let’s start by saying there are say 50-100 billion stars and plants in the galaxies.”

Greenie: “You think there are that many?”

Jordan: “Probably many more. Every time we turn around, the astronomers seem to find another galaxy. No one has any idea how big the universe is.”

JC: “Alright, of the 100 billion stars and planets, what are the odds of another earth-like civilization?”

Jordan: “And what are the odds that of the 50-100 earth-like planets, earth was the first to develop life?”

Jordan: “Whatever one’s beliefs about religion, random development, evolution, creation theory…all those theories…the odds are earth is not the only game in town.”

Greenie: “When you walk through the logic as you just did, I understand what you mean.”

JC: “So we’re saying there’s probably life out there somewhere and that civilization could be easily 1,000,000 years more advanced than earth. Is that what we’re saying?”

Greenie: “Was man even around then?”

JC: “Certainty more ape-like than today, although I wonder if some men have made any progress.”

Greenie: “Remember, no more comments about your sex life.”

JC: “What if we said 10,000 years ago was the start of the modern era of civilization. How far into the year would we be?”

Greenie: “All the development for the last 10,000 years and we’re only at January 4th into the year? Wow!”

Jordan: “Question back to you, Greenie. You said people are uncivilized. In terms of being civilized, do you think people are more, less or about the same as people were 10,000 years ago?”

Greenie: “Probably not much more, if any. We still have de facto slavery, still have many people who are hungry, pollution is worse and people are still killing each other for now logical reason.”

JC: “Greenie, that’s depressing. All those years and no progress with the fundamentals of civilization. Jordan, could you refill the wine glasses, please?”