Jordan:  “Billy, I’ve got my coffee refilled.  Back to the question, ‘Do trade agreements cause job losses for US workers?’  For now focus on manufacturing jobs.”

Billy:  “I suppose it depends on what expertise each country has.”

Jordan:  “Give me an example.”

Billy:  “If a country has much lower labor cost, then high labor-content jobs might move to the new country…assuming the skills were there.”

Jordan:  “OK, I’ll buy that argument.  What about jobs where labor content is low?”

Billy:  “Then there’s no reason any jobs should be lost.  Why would you move to a different country if labor content in the US plant is low?  That makes no sense.”

Jordan:  “What about moving jobs if the labor cost in the new country is lower but the delivery times are longer and other logistics issues are more complicated?” 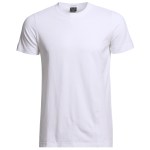 Billy:  “For clothing it’s probably OK to source overseas generic items like T-shirts, underwear and some other articles that rarely change – maybe some standard jeans, for example.  But for products that are more subject to fashion changes, I’d want to have assembly as close to the marketplace as I could.”

Jordan:  “What about automotive products — cars and trucks?”

Billy:  “If I ran an auto company, I’d want at least some cars and trucks assembled in the US.”

Jordan:  “Seems as if the most of the foreign auto companies agree with you.”

Billy:  “Never thought about how many foreign auto companies have assembly

plants in the US.  Let’s see, Toyota, Nissan, Honda, BMW, and Hyundai…even Mercedes.    I’d also want key components assembled in the US.  Look what happened to the Japanese auto companies after the earthquake and tsunami in Japan in what 2011 or 2012.  The Japanese auto companies had to cut way back on production until they could find another supplier before resuming production.  Then they had to air freight some of the parts to keep the assembly lines operating.  Talk about expensive.”

Jordan:  “What else do you think is different about auto plants…in fact most manufacturing plants…than 25-30 years ago, and especially 40-50 years ago?”

Jordan:  “Here’s another way to think about it.  Do you know how to use a typewriter?”

Billy:  “I know how to type…but you know what?  I don’t think I’ve ever seen a typewriter, other than photographs in books and in old movies.”

Jordan:  “Ever seen a picture of an old auto assembly plant?” 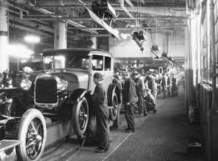 Billy:  “Yeah, lots of people working on an assembly line.”

Jordan:  “Have you seen a picture of a modern auto assembly plant?”

Billy:  “Seems as if no one is around.  Most everything is assembled by a robot.  The few people who are around seem to be watching the robots.”

Jordan:  “Now do you understand my question about what’s different from 25-30 years ago?”

Billy:  “You mean much of the labor content in putting together cars and trucks has disappeared.”

Jordan:  “With that in mind, now what do you think about the argument by some politicians that countries with which we have trade agreements have stolen many US jobs?”

Billy:  “The jobs in automotive…and probably most manufacturing jobs…were not lost to Mexico or China or wherever…but lost to automation.”

Jordan:  “Claiming jobs were lost because of trade agreements makes for good

10-second sound bites.  And, yes, some jobs were lost.  But the decline in manufacturing jobs and the decline in jobs requiring say high-school or some college have been lost to automation, not trade agreements.”

Billy:  “My paper needs to explain that while some jobs in certain industries can be lost due to trade agreements, many of the job losses, in fact possibly most of the job losses in manufacturing, are due to adaptation and implementation of technology.”

Jordan:  “So far we’ve talked about manufacturing jobs.  What about the service sector?”

Billy:  “You know, I don’t think I’ve heard a politician talk about whether trade

Billy:  “Then why don’t politicians talk about the service sector?  Why just manufacturing jobs when they talk trade agreements?”

Jordan:  “Because many service-sector jobs…not all but many…cannot be exported.”

Billy:  “So politicians focus on the sound bite, not the substance.”

Jordan:  “I’m not discounting the importance of manufacturing jobs.  I’m a big

believer of a very strong manufacturing sector.  But the fact is, service jobs dominate the economy.  If you want to stay in a hotel in Manhattan, you cannot export your stay to a hotel in Cancun.  The hotel, staff, food service all have to be in Manhattan.”

Billy:  “What about the effect of automation on service sector jobs, like what happened to jobs in manufacturing?”

Jordan:  “Great question, Billy.  We’ll talk about that next.  I think many people are in for a big surprise.”