Waiter delivers a round of drinks.

Greenie:  “I have a request, please.”

Greenie:  “Before we get mired in more Beltway BS, I’d like to propose a toast to the Steak & Shake and the Custard Cup.” 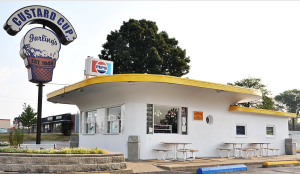 Greenie:  “…can you believe it, she doesn’t like ice cream.”

JC:  “As I was saying, even though I’m not a big ice cream fan, the Custard Cup is king of the ice-cream hill.”

Greenie:  “Ice cream stand, please.  Custard Cup is not a joint.  The Custard Cup is a couple of blocks from where JC grew up.  In fact it was well within a mile of where Jordan lived and where I lived growing up.”

Gelly:  “So a neighborhood hangout, huh?”

Jordan:  “More than the neighborhood.”

Greenie:  “A toast to the Steak & Shake and especially the Custard Cup.”

JC:  “Alright, now that the sidebar is over, back to the mystery of who took out the Donald.”

Greenie:  “Ya know, I think it’s the group we’d rather not think about.”

Jordan:  “You mean not the Russians, not the North Koreans, and not the Mexican drug lords.”

Greenie:  “I’m still not sure about the Russians but the more I think about it, the North Koreans and Mexican drug lords seem out of the picture.” 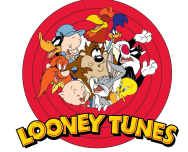 Greenie:  “Had the Trump Administration not acted like Looney Tunes characters, I would have left them on the list.  But behavior by the Trump family…and even by some of the so-called adults on the Cabinet was so unprofessional.  Bizarre is not the right word, because it was worse than bizarre.  But I can’t think of the right word.””

Gelly:  “You think there was an incident that tipped the scale for the CIA…or whoever the responsible inside group was?”

Greenie:  “Yes, and I’m not sure the public appreciated the significance of how the event affected the country’s credibility among world leaders, friend and foe.”

Greenie:  “In my view, for the serious government officials who actually help protect the country, the scales tipped when the Trump Administration…the president, the Secretary of Defense and the head of the National Security Agency…I’ll ignore press secretary…all claimed that the aircraft carrier what’s-its-name was part of an armada ‘steaming’ toward North Korea when actually it was ‘steaming’ away from North Korea toward Australia.”

JC:  “I agree, Greenie.  That erroneous claim had to be one of the biggest screw-ups in American history.  The statements were not an intentional lie to deceive the enemy, like you might have had in WWII.  These guys were trying to intimidate North Korea but just did not know what was going on.”

Gelly:  “That was really a ‘duh’ moment for me and I suspect many people.  It’s not as if there was no way to track the aircraft carrier and what, a couple of destroyers?  I mean, doesn’t the US have satellites, airplanes and even such low-tech things called radios?”

JC:  “Jordan, you’ve been around these beltway guys for a while.  You’ve even been in the White House.  What were these guys thinking?  No one checked to make sure the claim was right?  You’re pronouncing to the world a major strike force is headed to North Korea and no one checks the facts?  Even worse, when they did find out the mistake, no one corrected it publicly.”

Jordan:  “Must have been an interesting conversation in the Oval Office after someone pointed out the mistake.  ‘Let’s see, if we just ignore telling the public we made a mistake, no one will find out.  Those ships are in a big ocean.  Who’s going to see them?’”

JC:  “That might have worked when countries had an armada, as the Donald called it…but not in the 21st Century.  C’mon guys.  Wake up.”

Greenie:  “Ok, we need to ask if there was a tipping point other than the claims about the wrong-way armada.  What about a series of events that might have tipped the scales?”

Jordan:  “I suppose one could point to any number of single events or series of events demonstrating stupid-is-as-stupid-does behavior.  But I think for most people, there’s usually a single incident that tips the scale.”

Greenie:  “I agree.  Think about relationships with other people, feelings about a restaurant…whatever.  You go along and go along with a less-than-satisfactory relationship and then at some point you say to yourself, ‘Enough, already.  No more.’”

Jordan:  “And, I agree the wrong-way armada was probably what triggered the CIA to take action.”

Waiter: “Would you folks like to order some food?”