Gelly:  “Enjoyed the visit with JC and Greenie.  You guys are great to be around.  Always interesting conversation.”

Jordan:  “Agreed.  I really enjoy them.”

Gelly:  “Speaking of interesting…I heard something about you at the briefing on brainwashing.”

Jordan:  “Good I hope.  Good about me, not about someone brainwashing me.”

Gelly:  “Good about you, yes but the details were a bit murky.”

Gelly:  “Someone told me you were involved behind the scenes as part of the investigation of Trump’s finances.”

Jordan:  “Yes, it’s true.  I guess no need to keep my involvement a secret now.  It’s been a while since the special prosecutor laid bare all the financial shenanigans of Trump and family.”

Gelly:  “So, exactly what was your role?”

Jordan:  “One of the lawyers on the special prosecutor’s team knew my background and asked me to look at some deals Trump made.”

Gelly:  “I thought some of the lawyers were finance experts.”

Jordan:  “The lawyers on the team had a lot of experience prosecuting illegal financial transactions.  They wanted someone who had experience constructing models for starting and operating a business.  Part of the investigation was to reverse engineer Trump’s deals.  They wanted to know how the deal was constructed.  Knowing that would help them understand who was really benefitting.”

Jordan:  “True but most of the modeling work I’ve done has started with a blank piece of paper.  The lawyers thought my approach might help them discover where to begin to probe further.  The deals were complicated but money always needs a path to follow…and the path was what they were looking for.”

Gelly:  “Were you successful?”

Jordan:  “I’ll never really know for sure.  The team seemed pleased with my recommendations.”

Gelly:  “OK, what did you find out that didn’t make the papers?”

Jordan:  “C’mon Gelly, you know I can’t give you any specifics.”

Gelly:  “Then just tell me whatever good stuff you can.”

Jordan:  “Trump family ties to the Russians were far more extensive than anyone realized when the investigation started…and for the most part what was publicly discussed.”

Jordan:  “There was a lot of talk about Trump colluding with Russians during the 2016 election.  Clearly there were lots of misdeeds and some felonies.  However, when the prosecution team started digging into what happened, the idea of collusion became the sideshow compared to the illegal financial transactions.”

Gelly:  “Why does it always seem best to follow the money?” 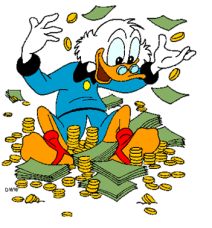 Jordan:  “Following the money is a great place to start.  For Trump, money was the, capital THE, primary measure of success.  Trump was a wanna be rich guy.  Really obsessed with being perceived as rich.”

Gelly:  “If the money came from Russia, then where’d the money go?”

Jordan:  “Virtually all the golf courses were purchased using Russian money…and most of the money probably was laundered.”

Gelly:  “Golf courses, you mean like Mar-a-Lago and that place in New Jersey where he kept running off to?  Places like that?”

Jordan:  “Yes.  He even bought a country club in Charlotte and renamed it Trump something or other.”

Gelly:  “How’d you find out it was Russian money?”

Jordan:  “Like most everything about Trump and family, they couldn’t keep their mouths shut.  Before the Donald became a serious candidate for president, Junior bragged to some Charlotte locals about the Russians being their source of capital to buy the golf courses.”

Gelly:  “Another example of the apple not falling far from the tree.  The Donald couldn’t stop bragging and neither could Junior.  It’s almost as if they wanted to leave bread crumbs for the ducks to follow.” 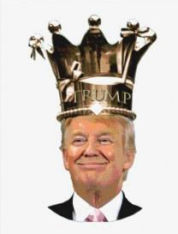 Jordan:  “Being naïve and a braggart is not a good combination if you’re involved in criminal activity.  Even worse when you think you’re king.  Donald and the family were naïve about how Washington politics and incredibly naïve about the consequences of shady international financing.  Consequences not just from the government but consequences from the lenders.”

Gelly:  “So the Russians fund the golf courses and resorts like Mar-a-Lago.  What about the hotels and apartment buildings?”

Jordan:  “Same deal.  Keep in mind that after the Trump debacle in Atlantic City where his casinos when bankrupt and he stiffed creditors, no major US bank would lend money to him.”

Gelly:  “So he turns to less credible sources.  But why the Russians?  Why would they lend him money if he’s such a bad risk?”

Jordan:  “Hold that question.  I need to take a quick break.”

2 thoughts on “#258 Going after the Donald: Collusion? An Illusion. Better to Follow the Money”