Occasionally I break from the normal formatting and do a sense check.  Auditing one’s own work is problematic but I try to be objective.  Your thoughts are welcomed and appreciated,  Thanks for your time and interest…and comments, please.

Since today is part of a long weekend celebrating July 4 and the nation’s declaration of independence, what better time to step back and assess the premise of this blog.  I’ve been writing the blog for about five (5) years with a few months between starting writing and publishing the initial entry.  What has surprised me the most the past five years is not that a revolution seems likely…but the path to the 5th revolution. 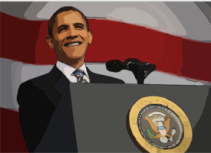 Five years ago (2013), Barack Obama was in the second term of this presidency. Some key points of that time: (i) the economy was slowly but steadily recovering from the Great Recession of 2008; (ii) even with the economic recovery median household income was flat (not unexpected given the depth of the recession); (iii) the Affordable Care Act, aka Obamacare, was just beginning to be fully implemented; (iv) Republicans were making every effort to thwart legislation of nearly any action proposed by president Obama.  Recall Mitch McConnell declared about two years into Obama’s term that his job and the job of Republicans in Congress

was to make Obama a one-term president.  In addition to attempting to thwart any legislative action, Republicans were holding what became endless hearings on Benghazi.  The pattern of these type hearings continued throughout Obama’s presidency.  None of the hearings produced any substantive evidence of intentional wrongdoing.

In the media, cable was overtaking the networks as a primary source of news.  Cable outlets are not subject to the same FCC restrictions as over-the-air networks.  As a result, news on some cable channels became more of an ongoing editorial with less objective reporting of events.  Fox News, although claiming to be fair and balanced, was the most extreme among the cable news outlets about editorializing events.  At the time Fox had the most overall viewers among cable news channels.  Since 2013 the right-leaning Fox has shifted farther right with even more frequent wildly exaggerated, unsubstantiated claims couched as news.  Over the same period, CNN has moved more left.  While I’m certain Fox News watchers would disagree, MSNBC seems to have carved out a middle, if somewhat left-leaning, position, with more objective reporting.

(As a sidebar, I find intriguing the education level of “top-of-the-heap” talking heads of the various media outlets.  The kings of the hard right, Hannady and Limbaugh, do not have college degrees.  Limbaugh attended college for one year; Hannady attended three colleges over three years.  Rachael Maddow, MSNBC, has an undergraduate degree from Stanford University and doctorate from Oxford, where she was a Rhodes Scholar.  Chris Hayes, MSNBC, has an undergraduate degree from Brown University and had three (3) fellowships, including one at Harvard.  Exactly what this means, I don’t know but seems worth exploring more.)

As noted in Entry #1 of this blog, the idea of a 5th revolution in the US was based on math.  Looking back at US history, there seemed to be a revolution about every 50 years.  #1 was the “American Revolution.”  While the American Revolution started in 1776, the revolution did not end until the War of 1812.  #2 revolution was the Civil War, which began in 1861.  #3 revolution was about 1910-1915 with a major societal upheaval associated with rapid industrialization and mass migration – both domestic migration north to factories and the influx of immigrants. #4 revolution was the cultural revolution of the late 1960’s, early 1970’s.  So, given this pattern, I added 50 years to 1970 and, voila, time for another revolution around 2020.

What was not apparent to me five years ago was the catalyst for the revolution.  When Obama was president, many whites were frustrated and angry.  However, the president himself was calm…so calm at times he was called “No drama Obama.”

The unexpected catalyst for the 5th revolution, at least what seems to be so far, was the unexpected and unlikely 2016 Republican presidential nominee – Donald Trump.  Trump ran a very unconventional campaign, capitalizing on what seems to be his major strength – being a highly effective bully.  But a bully not in the tradition of the presidency, which is often referred to as having a “bully pulpit,” but a bully that one might have experienced in say grammar school or middle school.

During the campaign for the Republican nomination Trump was relentless in taunting fellow Republican candidates.  After earning the nomination, he was relentless in taunting the Democratic nominee, Hillary Clinton.  While in “normal times” one would expect such school-yard tactics to result in a resounding defeat,” Trump won the Electoral College vote even though losing the popular vote by more than three (3) million votes.

As president, Trump has continued to taunt, whether members of his cabinet, members of Congress (including Republicans) and even such allies as Canada, England, Germany and Japan.   The taunting, combined with his apparent disdain for any type of preparedness for any meeting or issue, seems to have great appeal to a hard-core base of white, less educated, lower-income voters.  Trump supporters also include a group of middle-income, mostly white voters, especially Christian conservatives.  While Trump maintains a very high approval rating among Republicans, my belief is the hard-core base is the most likely to start the 5th revolution, the Revenge Revolution. 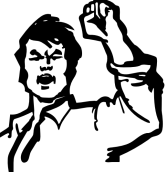 Why expect the hard-core right to revolt?  Aren’t they Trump’s biggest supporters?  Yes, but the hard right will be the most negatively affected by Trump’s policies.  Believe what you will but the coal industry is never coming back.  Use of other fossil fuels is going to drop sharply.  Two of Trump’s favorite industries – steel and aluminum – are highly automated and don’t need many more workers to increase output.

An example of the effect of automation is an industry I know well, the automotive industry.  Compared to when I joined General Motors many years ago, labor content per car/truck has dropped like a rock.  If you want to see the effect of automation, look beyond final assembly, which admittedly has far fewer workers.  Look at labor content in the areas of machining, welding and painting.  All high-paid skilled workers replaced by machines.  The machines don’t take breaks, don’t go on vacation and don’t require health benefits.  Plus the quality using these machines is better. 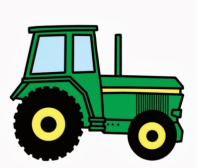 The other group likely to revolt is farmers, who also were big Trump supporters.  Exports have become a huge money-maker for family and corporate farms.  Retaliatory tariffs on farm products by China and other nations will decrease demand for soybeans, corn and wheat.  The US produces far more foodstuff than it can possibly consume.  A decrease in farm production translates into a decrease in farm income.

Yes, the hard-core right will be the hardest hit.  But they’re so loyal to Trump…they’re almost fanatical in their support.  Surely they won’t abandon him…will they?  There’s an old saying that might seem sexist but really applies to both genders, “Hell hath no fury like a woman scorned.”

One day in the next five years or so, the hard-core Trumpsters will wake up and realize not only are the promised jobs not coming back but Trump and Congressional Republicans are on a determined path to cut Social Security and Medicare.  Why?  Because the Federal deficit is too high.  Why is the deficit too high?  Because the Trump tax cuts benefitted the rich and the promised “trickle-down” effect never occurred.  Raising taxes on the rich is out of the question, of course, so these “entitlement” programs must be cut.

The idea that tax cuts for the rich somehow stimulate demand the benefits trickle down to the poor has never been demonstrated.  There is no credible empirical evidence supporting the contention.  George H.W. Bush was correct in calling the trickle-down

So when the hard-core Trumpsters finally awaken and realize they’ve been had by Trump and elected Republicans, what do they do?  They revolt.  How do they revolt?

Exaggerating the truth has a way of coming back to haunt you.  For the last 3-4 decades, Republicans and the NRA have been touting a clearly distorted interpretation of the 2nd Amendment, especially the right to own an assault rifle or high-caliber weapon used only in the military.  In addition, the hyperbole about a “deep state” has encouraged many on the hard-core right to buy additional firearms and stock additional ammunition.  And what’s the consequence?

As noted in the early entries to this blog, the scorned (hard right Trumpsters) begin to exact revenge on the more affluent.  How widespread is such an armed revolt?  Hard to predict.  But what I do know is there are not enough police and not enough military personnel to stop geographically dispersed guerilla raids on single homes and/or neighborhoods, especially if invaders are armed with AR15’s and the like.

Well, now you have the update about the premise of the blog — is a 5th revolution in the US likely?  Not a pretty picture but, unfortunately, a 5th US revolution seems more likely every day that Trump is in office.  Further, the disruption caused by Trump will take years to repair.  Even if Trump were removed from office tomorrow, the country might not avoid the revolution.  And, oh by the way Mrs. Lincoln, make sure to enjoy the play.