Note: most characters appear in a number of entries, with many entries building on previous conversations.  Profile of characters.  You’ll catch on quickly.  Thanks for your time and interest…and comments.  Series about “Who Took Out the Donald?’ begins Entry #244.

Jordan:  “Gelly, good idea about ordering coffee.  Waiter, when you get a chance, I’ll take the check, please.”

Gelly:  “So, Jordan, I’ve been listening to your rationale about the FBI taking out the Donald.  I agree the idea seems plausible, even logical, but…”

JC:  “…excuse me for interrupting, Gelly.  I agree with you.  Plausible, yes.  Likely, maybe.  But what else info do you have to support the argument?

Jordan:  “Greenie, where are you in this?”

Greenie:  “I’m all ears waiting for more of your rationale.”

Jordan:  “OK.  If you guys buy-in so far…and it seems as if there’s more than enough evidence already to support my argument…”

Jordan:  “Tough crowd.  And tell me why I’m buying dinner?

Greenie:  “We like you Jordan.  We just want you to quit wandering.”

Jordan:  “What convinced me the FBI realized they needed to take out the Donald was his repeated public implications that Comey was either lying or, as he told the Russians, that Comey was some kind of ‘nut case.’  It’s not smart to belittle the well-respected head of an agency that’s investigating you, especially if it’s the FBI.”

Greenie:  “I recall Trump calling Comey a nut case…to the Russians no less…but don’t recall him claiming Comey was lying.”

Jordan:  “Trump was a master of one thing – false implication.”

Gelly:  “At least he was a master of something.”

Jordan:  “I recall…must have been the second week when all the Comey stories broke…that Trump started rambling during a press conference with some non-critical head-of-state and made some strong implications that Comey had lied.  That was a few days after he implied there were tapes implicating Comey.”

Greenie:  “Of course, Trump never produced the tapes.  In fact, from what I understand from the few people I still know in the right places, the FBI was likely taping Trump’s conversations.  I don’t know if the Donald ever understood how sophisticated the FBI technology was for listening in on conversations.”

Gelly:  “What about Trump’s calls to Comey to get the FBI to drop investigating Trump’s staff’s dealing with the Russians?”

Greenie:  “You’d think a president would know not to try to influence the group investigating him.  What did he think Comey was going to do?”

JC:  “Remember, he’s Trump.  He’s the center of the universe and everyone else revolves around him.  He probably thought Comey would act all the other munchkins Trump employs or calls a friend…do what the boss man wants and don’t ask question.”

Greenie:  “Did he realize the government doesn’t operate like a family-held business?  Apologies for the rhetorical question.”

Gelly:  “Look, I’m not the brightest crayon in the box but I look like a genius compared to Trump.”

Jordan:  “Don’t sell yourself short Gelly.  I shouldn’t have been surprised but what really frustrated me was the lack of meaningful action by Trump’s staff.”

Greenie:  “You talking the big-dog staff or the munchkins like Sean Spicer and his what’s-her-name assistant press secretary?”

JC:  “You mean that Conway bimbo?”

Greenie:  “No, Conway wasn’t the assistant press secretary.  She was Ms. Alternative Facts.  She was awful, too.  Anyway, doesn’t matter now what her name was.”

Jordan:  “I meant the big-dog staff, agency heads like Tillerson and Mattis.  Plus Speaker of the House Ryan and Senate Majority Leader McConnell.  These guys were supposedly adults.” 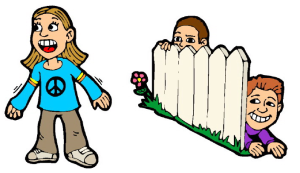 JC:  “So instead of being adults, these guys played hide-and-seek behind some fence.  In the meantime, Trump got more and more out of control.”

Jordan:  “I don’t know what the agency heads or Congressional leaders were waiting on before taking action against but they could not have been that blind.”

Greenie:  “Politics before country was their mantra.”

Gelly:  “So…and I know we’ve touched on a number of issues…so, when one assessed the risks of Trump’s crazy behavior and matched that behavior against the lack of action by either cabinet officials or leaders in Congress, the FBI concluded the Donald had to be taken out.  And then the FBI took him out, right?”

Greenie:  “You mean like, Gelly, how are the kids?”

(Conclusion of ‘Who Took Out the Donald?’…at least for now, anyway.)