Scene: Jordan’s office.  (More about the blog’s origin and the author.)

Gelly (Jordan’s assistant): Mr. Abel, you have an unexpected visitor, JC.  You have no

appointments for the next hour if you want to see her.”

JC:  “Careful, that might be considered sexual harassment and get you fired.”

JC:  “Gelly was nice enough to get coffee for me.  You need another cup?  I’ll get it.”

Jordan:  “Not one overriding issue.  Just frustrated that progress after the Revenge Revolution seems so slow.”

Jordan:  “Thought the country would turn around more quickly.  Get on a track where we were making real progress.”

JC:  “Progress toward what?”

JC:  “What went wrong?  Something happen to put things sideways?”

Jordan:  “Nothing in particular.  I think people did not have a clear vision of what they wanted after the Revenge Revolution.”

JC:  “People knew what they didn’t want – the old way of governing will all the inequities.”

Jordan:  “In retrospect, the Revenge Revolution was the easy part.  The hard part is what to do afterwards.” 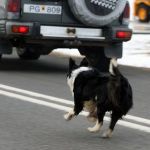 JC:  “I suppose like the dog chasing the car.  What’s he do after he catches it and sinks his teeth into the tire?”

Jordan:  “Good analogy.  It’s like war.  If the enemy is clear, then war is easy…well the strategy is easy.  War is always painful.”

JC:  “I’m making it real.  For too long people in Washington functioned by being against something…whatever something was.”

Jordan:  “Then the populous revolted.”

Jordan:  “How much time do I have to decide?”

JC:  “Assume you have a nationwide broadcast from the Oval Office at 9:00PM eastern tonight.  You better be ready.”

Jordan:  “I know this is just an exercise…at least for now.  But I think we should finish it and then consider presenting to POTUS…soon.  Real soon.”

Jordan:  “Gelly, if no major conflicts, could you, please reschedule appointments for the rest of the day?  Thanks.”

Jordan:  “Alright, let’s list the topics we need to address.”

JC:  “You need to cover a lot of ground.  The list is really made up of sub-topics.  But we need to put these topics on the list before we develop a broader strategy.  The grand plan, as it were.”

Jordan:  “You’ve got my head spinning.”

JC:  “Don’t worry, the big picture will become clear in a few minutes.  Let’s keep going on the list.”

JC:  “OK, the list is long enough.  If you had to pick a few words to describe how each of these issues should be addressed, what would the words be?”

Jordan:  “When you think of how personal relationships should be handled, what words come to mind?”

Jordan:  “Something very basic…and something most of us learned a long time ago.”

Jordan:  “Treat your neighbor as thyself.”

Jordan:  “Well, it’s true…and, no I’m not working on going to rabbinic school.  My Hebrew is not that good.”

JC:  “But you picked out the foundation for many religions?  Why not apply the same standard to government policy?”

Jordan:  “Separation of church and state.”

JC:  “You’re not promoting a specific religion.  You’re promoting a philosophy.  Let’s try it as a reference for policy.”

9 thoughts on “#131 How Treating Others Affects Gov’t Policy: Overview (Part 1)”